The synagogue in the Jewish center, located near the home of Russian President Vladimir Putin, was designed and furnished by Lavi Furniture Industries from Kibbutz Lavi. 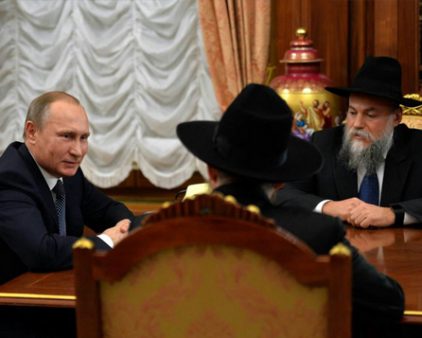 In an ornamented celebration that took place at the Zokobzoa quarter, the new large and magnificent Jewish Center, which was finalized during the last weeks, was inaugurated.
The large center located in a beautiful forest at the outskirts of Moscow, has among other facilities, also a magnificent synagogue, accommodation rooms, a large venue hall, ritual baths, study rooms, a library and other facilities.

This new and large synagogue, can accommodate conveniently more than 250 people and was designed and built by Lavi Furniture, taking every detail into consideration for the convenience of the pray participants. The company is a worldwide leader of all type of synagogue furniture and is also providing design, and consulting to build synagogues both in Israel and worldwide. Lavie Furniture designed and produced the chairs and the seating arrangement, Aron Kodesh (a Holy Ark), counters, concealments and complementary furniture including all the quality woodwork and wood engravings.

Few days after the ceremony, the chief Russian Rabi Lasar, met president Putin at his chambers in the Kremlin and presented to him a photo album of the new Jewish center. Most of the pictures there were of the magnificent synagogue that was designed, as mentioned above, by Lavi Furniture.